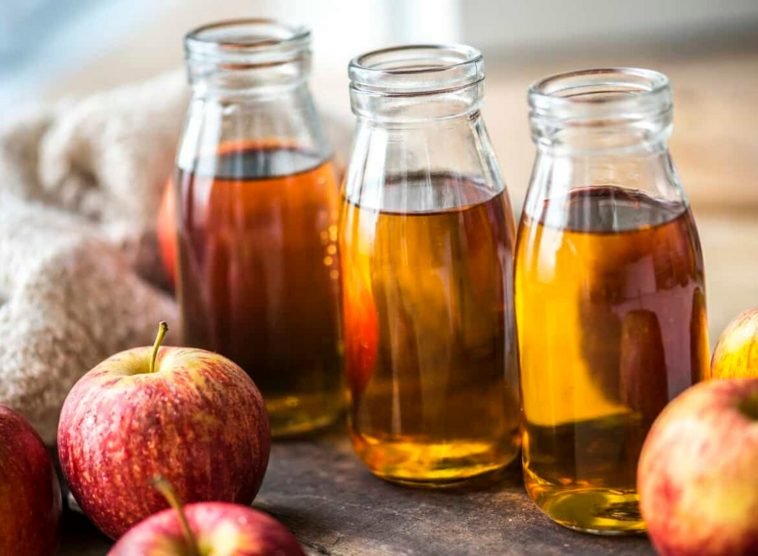 Apple cider vinegar has been spoken for its effects on weight reduction, boosting metabolism, and cardio protective effects. This article will speak on both sides of the argument and decode fact from the myth using research and scientific studies.

What is apple cider vinegar?

Apple cider vinegar (ACV) is vinegar made from the fermentation of apples. ACV is said to have amino acids, vitamins, minerals and polyphenolic substances. Vinegar itself is said to have the ability to decrease the post prandial blood glucose levels in healthy and diabetic humans.

Studies on ACV and its benefits:

A study conducted on healthy and diabetic rats on apple cider vinegar for a month revealed that there was no change in fasting blood sugar levels in either of the groups however, the total cholesterol, LDL levels in healthy rats were reduced upon treatment; so were the levels in diabetic rats. Now, rats and humans are completely different species with different genetic patterns. Hence, the results of this study cannot be superimposed onto humans’ life.

Ostman et al., 2005 and Sigimani et al., 2003 stated that the effects of acetic acid (the main component of ACV) could help decrease the glycemic index of food. This can cause a reduction of HbA1c in diabetic individuals. There are also studies which state that upon consumption, the HbA1c of diabetic people doesn’t improve- concluding that the effects of vinegar to improve blood glucose profile is poor.

Other studies on humans included subjecting 10 individuals to diluted ACV to measure their Gastric Emptying Rate (GER). GER helps is delayed in patients with diabetic gastroparesis. Upon consumption of ACV, this study saw a further delay in the GER. This could lead to hypoglycaemic episodes which can be fatal. Though this study was only performed on 10 subjects, the possibility of hypoglycemia when consuming ACV should not be disregarded.

-There have been studies that explore the positive effects of consumption of ACV. In hyperlipidemic patients who aren’t of lipid-lowering drugs, 8 weeks of administering ACV had caused a significant reduction in the TC, LDL, and TG levels. This could be because of the acetic acid lowering the fatty acid oxidation and inhibiting the lipogenesis in the liver. Due to this, TG and cholesterol decreased in the body.

A study reported individuals consuming excess amounts of ACV to have hyperkalemia (high potassium), hyperreninemia (high rennin presence and activity) and osteoporosis. The debilitating effects of consuming ACV in large amounts are pronounced in other papers. Cautionary note should be advised in all articles and media bulletins which advertise prophylactic claims of ACV for any and all diseases.

Products of ACV in the market:

While screening the ACV products available in the market, it was reported that there was a variation between the tablet size, pH level, acid component and the claims made. A study hypothesised if the marketed product was indeed ACV or not. That study concluded that the variation in the labelling and the dosage of the different products of ACV available in the market, could question the quality of the product being sold.

Is ACV for you?

Each of these studies which spell benefits of ACV has been conducted on different populations with different genetic profiles.  The ACV given, was of different concentration and forms in each and the time period was varied. Hence, a conclusive statement on the right dosage and form of ACV cannot be derived. ACV does have benefits for the lipid parameters of individuals but prophylactic usage of ACV has proved to be of less use. It should be reiterated that no particular food can achieve weight loss if principles of achieving calorie restriction isn’t followed. Even if ACV has been described to improve lipid parameters, it doesn’t mean consumption of excessively oily food and reduction of exercise can be permitted.